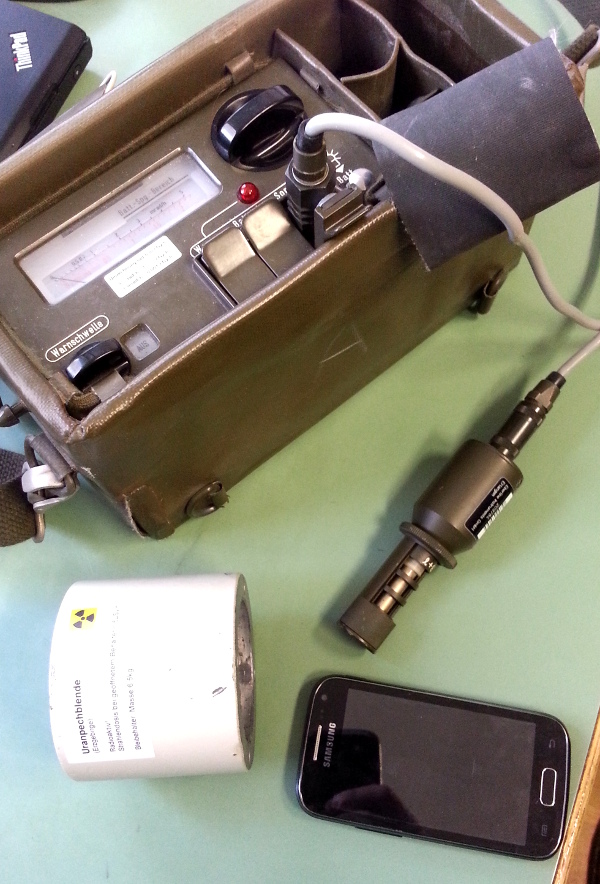 When photons, the particles of light, hit the chip of a smartphone's camera, they excite electrons on the chip's surface and change the conductivity or even generate voltage within the small area arround the impact. Gamma rays which are often products of radioactive decay, are also electromagnetic waves, just like light, however much more energetic. That means: as radioactive radiation can expose a chemical photographic film, it can as well effect the camera chip in the smartphone. A team of researchers at the Idaho National Laboratory in Idaho Falls have used this property to change common smartphones into detectors for radioactive radiation. The radiation is recorded via the camera an an app, which calculates the radiation intensity from the data collected. With this approach we learn again, how versatile mobile devices can be deployed. Up to thirty sensors in each smartphone measrure all kinds of variables like temperature, magnetism, brightness, sound and many more. With a little creativity we can combine these measurements and get valuable data about the environment around the smartphone and its user, that not rarely can replace expensive, specialized methods. Here the link to the original publication: Joshua J. Cogliati, Kurt W. Derr, Jayson Wharton: Using CMOS Sensors in a Cellphone for Gamma Detection and Classification
← Steuerprozess gegen Uli Hoeneß: Schuldig oder nicht schuldig?
Mapping particulate dust with phones →